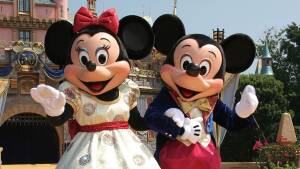 Gayle and Bill were members of Faith Viera Lutheran of Rockledge, Florida.  Gayle was an active member of her Church community throughout her life, often serving as church secretary and Sunday School teacher for many years.  Gayle was a Girl Scout troop leader for both of her daughters and volunteered with her granddaughter’s troop.  She was a service unit manager and trained many Girl Scout troop leaders.  Gayle gave selflessly to charities, specifically she assembled 150 Salvation Army Christmas stockings each year.

Gayle loved being with her extended family and enjoyed being able to celebrate occasions together. Walt Disney world in Florida was her happy place and she enjoyed sharing the experience of the happiest place on earth with as many of her friends and family as possible. She celebrated her 70th birthday at Disney surrounded by loved ones.

Gayle had a generous and  loving spirit.  She was known for leaving very generous tips as she loved to eat out almost every meal.  She would not let anyone pay for a meal in her presence.  To honor her spirit of hospitality and making children happy, we ask in lieu of flowers donations be made in her name to the Make a Wish Foundation.  Helping children have magical experiences, would make Gayle very happy.

A small family service was held at Holcombe Funeral Home in Union, South Carolina on Monday, December 28th at 4 pm.  She will be laid to rest in West Liberty, Kentucky.

To send flowers to the family or plant a tree in memory of Virginia Gayle Stamper, please visit our floral store.