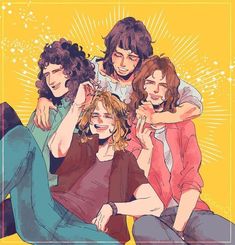 Born May 6, 1966 in San Antonio, TX to Vince J. and Loretta Hurley, Vincent was a graduate of West Springfield High School of Springfield, VA in 1984. Vincent attended Northern Virginia Community College for a couple years before spending a career in the restaurant industry as a bartender and server. Vince had been a resident of Viera, FL since 2011, most recently employed with Carraba’s Italian Grill in Melbourne.

Vincent’s warmth, kindness, and positive energy was infectious. Ever gregarious and eager to help others, Vincent was loved by virtually everyone he encountered through the years, especially his coworkers and patrons.  He made friends easily, and kept them for life.  We, his family, have been astounded and comforted by the hundreds of memories and condolences shared by those in his many circles.

To call Vincent an established authority in Pop Culture would trivialize the notion of “expertise.”  His first love, music, permeated nearly every crevice of his existence.  From seeing Queen as a 12-year-old, to fronting his own local big-hair band, and finally co-founding the “Musicheads” online community, Vincent’s life was accompanied by its own very original soundtrack.  He also knew movies and comics to a depth lost on most casual viewers, ran his own online graphics and multimedia enterprise, and reveled in fantasy football with a zealous attention to detail that would shame a monastic scribe.  Vincent also loved fast cars; over the years he proudly owned and drove several, occasionally into the odd immovable object.  But his final automotive prize, a 2005 Corvette, remains in the immaculate condition he worked so hard to achieve and maintain.

Vincent is survived by his son, Vincent Sean Paul Hurley, his daughter Margaret Love, his mother Loretta “Lollie” Hurley, and his brothers Matthew and Brian. Preceding him in death was his father Vincent J. Hurley, who passed away on September 1, 2020.

To send flowers to the family or plant a tree in memory of Vincent D Hurley, please visit our floral store.