Share a memory
Obituary & Services
Tribute Wall
Read more about the life story of Thomas and share your memory.

Thomas William Mozzone, 78, Cape Canaveral, FL, passed away in Cape Canaveral Hospital on November 15, 2022 after a battle with a brief illness.

Born on May 10, 1944 to Anthony Laurence Mozzone and Agnes Theresa Mozzone (Anderson) in Flushing, New York, Thomas was raised in the community of Indian Lake, Denville, New Jersey; he later resided in Rockaway, New Jersey for most of his adult life before moving to Florida in the late 1990’s.

Naturally outgoing since childhood, Tom grew into a charismatic individual with a sense of humor that, though uniquely dry, was certain to make everyone around him cry with laughter. Recognizing his own extroverted nature, Tom briefly went into sales, but his dream job was to become a builder of homes – and so that he did, where he built a variety of homes throughout the New Jersey area until his retirement to Florida.

Mr. Mozzone is predeceased by his parents. He is survived by his loving daughter, Laura Simon and her spouse Britt Simon along with two grandchildren whom he was immensely proud of, Christopher Tappan and Paige Simon, as well as his brother Ron Mozzone and nieces and nephews.

Tom enjoyed cruising to the islands, cooking, raising German Shepherds, socializing with close friends at the bar, and perhaps his favorite -- football. Whether it was a college team or pro team, it didn’t matter, he would always choose a team for the win, and during the off-season, Tom’s excitement for the start of the new season could be felt by everyone around him.

He was surrounded by friends and family amidst his final days and will be tremendously missed.

Arrangements are private and are being handled by Beckman Williamson Funeral Home in Cocoa Beach, Florida.

“Those we love don’t go away, they walk beside us every day. Unseen and unheard but always near, still loved, still missed, and very dear.”

To send flowers to the family or plant a tree in memory of Thomas William Mozzone, please visit our floral store. 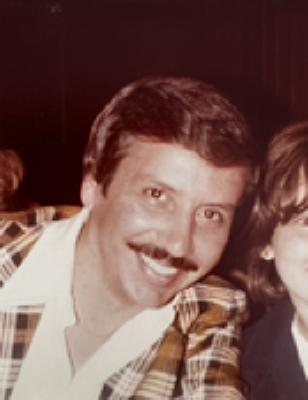 
Family and friends are coming together online to create a special keepsake. Every memory left on the online obituary will be automatically included in the book.

You can still show your support by sending flowers directly to the family, or by planting a memorial tree in the memory of Thomas William Mozzone
SHARE OBITUARY
© 2022 Beckman-Williamson Funeral Homes & Crem. All Rights Reserved. Funeral Home website by CFS & TA | Terms of Use | Privacy Policy | Accessibility