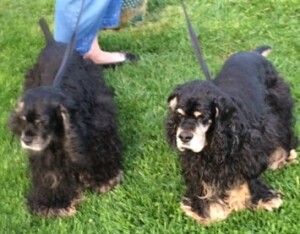 Lynne was born on November 24, 1943.  She passed away on April 20, 2022 at 78 from issues caused by Throat Cancer.  She was born in Brookfield, Illinois to Jerry and Marian Krnoul. Her parents moved the family to Cocoa where they opened Kae’s of Cocoa department store in downtown Cocoa.

Lynne and her sister, Marcene, were good students and majorettes in The Cocoa High School Band.  After high school graduation Lynne attended Florida Southern College where she graduated with a degree in Business Administration and a minor in Speech.   She is a member of the Zeta Tau Alpha sorority and created a post-graduate chapter in Brevard County.

As a dedicated alumnus Lynne served as Florida Southern College Alumni President in 2008.  Her dedication to public service is also exemplified through her long-term service in Cocoa and Rockledge Rotary Clubs as she followed in her father’s footsteps. She was also a member of Hope Church of Christ in Rockledge and the Cape Canaveral Lighthouse Society and is a former

Member of the Cocoa-Rockledge-Women’s League.  She will always be known for her love of Cocker Spaniels, vacations, touring lighthouses, and cooking.

She worked in various capacities in major banking corporations throughout her professional career and opened a business in Rockledge.  Community service was very important as she served on numerous Citizen Boards for the City of Rockledge.  She was voted “Citizen of the Year” in 2014.

A Celebration of Life service will be held at Faith Viera Lutheran Church at 11 AM, Saturday, April 30th. The church’s address is 5550 Faith Drive off of Viera boulevard in Viera, FL 32955.

To send flowers to the family or plant a tree in memory of Lynne Eleanor (Krnoul) Roll, please visit our floral store.