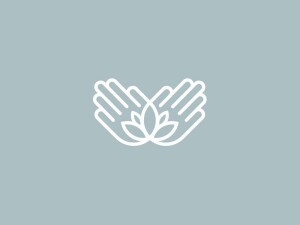 Born and raised in The Bronx, New York, Joe was the second of three boys born to Mary and Milton Ferguson.

After graduating from Power Memorial Academy HS in 1956 he worked for The NY Athletic Club for 15 years. During that same time he was raising a family and graduated from The Swedish Institute of Massage Therapy. Joe also, very proudly served his country in the US Army 86th Combat Engineers Battalion.

His post military service career path set him on a course to retire from Merrill Lynch where he was the Corporate Staff Massage Therapist & Director of the Fitness Center for 30 years.

Joe’s career was in a field he truly loved and enjoyed not only to practice but to teach. His dedication to the art of massage encouraged his amelioration of old techniques made new. Alongside his wife, Patricia, the two published a book and developed educational and training guides for Bindegewebs Massage. The creation of JOPA-Consulting is also a venture he and Patricia cultivated out of their shared loved for massage.

His sense of honor and pride of service was also woven into his involvement with several organizations and associations. In The Benevolent & Protective Order of the Elks-NY Lodge #1 he was a lifetime member and served in several officer positions over many years. He was also a member of The Knights of Columbus and the American Massage Therapists Assoc., in which he held several officer positions including President, during the time of 9/11. Joe sat on The New York State Board Of Regents, The New York State Board For Massage Therapy and was President of The Board of CasaLoma Estates while a resident.

While his work was a love recognized by many, Joe had a quiet talent for painting that was as natural as his passion for music & travel. His energy, sense of humor and zest for life will surely be missed by all.

Joe was preceded by his brother Daniel & Survived by his bride of 28 years, Patricia Donohue with whom he loved to travel the world & country. He leaves behind his children Edward, Joseph, Kathrine, Elizabeth, Anne and his stepson Joseph. He is also survived by his brother Robert & 6 grandchildren-Christopher, Brendan, Brian, Melissa, Eliza and Matthew.

To send flowers to the family or plant a tree in memory of Joseph Francis Ferguson, please visit our floral store.