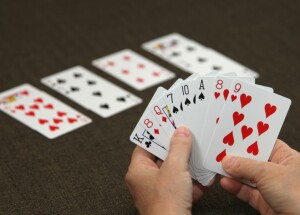 Marie (her preferred name) was born in Marshall, Texas on July 30, 1926 and married a handsome US Air Force Lieutenant, Lloyd Harvey Black in 1945. This loving marriage lasted until Lloyd's death in 1982, at which time was a retired Lt. Col. and a veteran of three wars.

The fruits of this marriage were Donald Lloyd (deceased), Richard Clinton, and Sheree Jo.  Richard resides in Hawaii and Sheree in Alabama but both were able to be at Marie’s side on February 1st when Marie transitioned to her next world.

Marie’s cremains will be buried alongside her late husband within the family plot along with her parents, her brother, and her sister in Webster, Texas-not far from the humble home where her life’s journey began.  Marie is survived by her two children, eight grandchildren, and ten great grandchildren.

Being a spouse of a career officer, Marie needed to pull up stakes and resettle the family at various military bases starting with the first-born son in Iowa, to Mississippi (where 2nd son was born), to Germany, then on to West Palm Beach where her only daughter was born.  Next, the whole family moved to Okinawa for 4 years then back to Colorado Springs where her husband was assigned to NORAD.  Upon completion of the Colorado assignment, Marie moved the family to Izmir, Turkey for the family’s final overseas assignment.

While on these overseas assignments, Marie was able to visit Austria, Rome, Pompei, the Vatican, Greece, the Acropolis, Hong Kong, Taiwan, and many other foreign lands that many others can only dream about.

Due to the constant traveling Marie worked diligently with her children to insure they never fell behind in their education and managed to work outside the home to help with the family finances.  Marie worked as an office manager, accountant, and legal secretary.  As she was capable of typing 180 words per minute, her employers often accused her of burning out their typewriters.

Marie was always active with the Officers Wives Club and was an ardent Bridge player that was sought out as a partner due to her habit of consistently winning. Marie often made trips to Las Vegas with her sister where she beat up the slot machines without mercy, then would claim that she lost everything but her appetite!

To send flowers to the family or plant a tree in memory of Elizabeth Marie Black, please visit our floral store.

You can still show your support by sending flowers directly to the family, or by planting a memorial tree in the memory of Elizabeth Marie Black
Share a memory
© 2021 Beckman-Williamson Funeral Homes and Crematory. All Rights Reserved. Funeral Home website by CFS & TA | Terms of Use | Privacy Policy