Share a memory
Obituary & Services
Tribute Wall
Read more about the life story of David and share your memory.

Author and editor David Whittier Sifton, 82, of Cocoa Beach, Florida and Hillsdale, New Jersey, died on January 4, 2023, after a long and courageous struggle with COPD and kidney cancer.  Family and friends note that he kept his positivity and dry humor throughout his ordeal.

Dave, as he was called by family and friends, was the author and editor of the 48th edition of the Physician’s Desk Reference, better known at the PDR. His entry in the Marquis Who’s Who in America, the biographical directory of notable individuals in the U.S., cites the PDR and 12 other related books and manuals to his credit, all then published by Medical Economics, Inc., of New Jersey, where he worked from 1972 to his retirement in 2002.

Sifton was honored with a Who’s Who Lifetime Achievement listing in 2018, recognizing individuals who have achieved greatness in  their field for at least 20 years. As a first lieutenant in the U.S. Air Force he received a commendation medal following his service from 1963 to 1966. He was also a grantee from the Ford Foundation in 1967.

David received his BA degree from Trinity College in Hartford, Connecticut, in 1962 and his MA degree from Stanford University, Stanford, California, in 1967. Prior to joining Medical Economics, he was an editor with New York State Department of Education.

Dave and his partner of 46 years, Stephen Hoagland, were inveterate travelers visiting more than 40 countries in Europe, Asia and Africa over the years. He was also a consummate cook and Steve was an accomplished sous chef. As he aged, Dave liked to think of himself as curmudgeonly, but he mostly acted the part with his dry sense of humor, a wry twinkle in his eye, and a twinge of a smile.

Dave was born on September 12, 1940, to David William and Dorothy (Whittier) Sifton, in New York City. He was predeceased by a brother, Richard Prescott Sifton.

Besides Stephen Hoagland, he is survived by nephews, Richard Prescott Sifton Jr, and Brian Sifton and their families, members of the Hoagland family, and several life-long friends.

A memorial service is being planned for at Riverside Presbyterian Church, 3400 N. Atlantic Avenue, Cocoa Beach.

To send flowers to the family or plant a tree in memory of David Whittier Sifton, please visit our floral store. 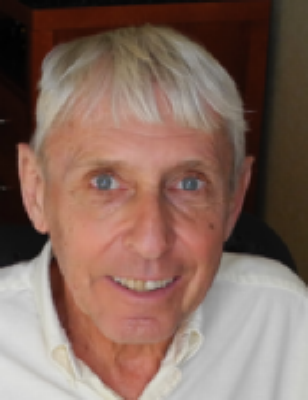 Look inside to read what others
have shared
Family and friends are coming together online to create a special keepsake. Every memory left on the online obituary will be automatically included in the book.

Family and friends are coming together online to create a special keepsake. Every memory left on the online obituary will be automatically included in the book.

You can still show your support by sending flowers directly to the family, or by planting a memorial tree in the memory of David Whittier Sifton
SHARE OBITUARY
© 2023 Beckman-Williamson Funeral Homes & Crem. All Rights Reserved. Funeral Home website by CFS & TA | Terms of Use | Privacy Policy | Accessibility