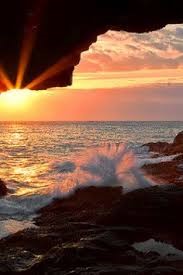 Stuart Jones, 57, passed away Saturday, November 3, 2018 at his home in Melbourne. He is survived by his wife, Maureen and their children, Sarah and Samantha. He worked at Harris Corporation as a Senior Software Engineer. A gathering of friends and family will be held at 3:00 P.M. Saturday, November 10, 2018 at the Beckman Williamson Funeral Home 5400 Village Drive Viera, Fl.

Stuart was born in Hialeah, FL on June 21st 1961 to Truett and Edith Jones, and raised with his older sister Patricia and brother Gregory. In 1981, Stuart moved to Orlando, FL to attend Valencia Community College and then the University of Central Florida. As a student he made life long friends and in 1983, he met his wife Maureen Jones and received his Bachelor's of Science in Computer Engineering. In 1997, he began working for Harris Corporation, then Lockheed Martin where he worked on the Space Shuttle program in Cape Canaveral, FL. He also worked for Bright House Corporation, ITAC, and Rockwell Collins.

On September 21, 1991, Stuart and Maureen married at Leu Gardens in Winter Park, FL. They had their first born, Sarah, in 1995, and then their youngest child, Samantha, in 1998. The Jones family moved to Melbourne, FL in 2000, where they currently reside. Stuart and Maureen were fortunate to have the support of Maureen's family, from Indialantic, FL, George and Marilyn Gergora and her siblings, Claire and Tom. In 2017, he returned to Harris Corporation.

Stuart loved traveling, music, and discovering new technology. He was an avid reader and had a fabulous sense of humor. His love of politics and philanthropy kept him an active member of the community. He was a wonderful son, brother, husband, and father and will be sorely missed.

To send flowers to the family or plant a tree in memory of Stuart Andrew Jones, please visit our floral store.