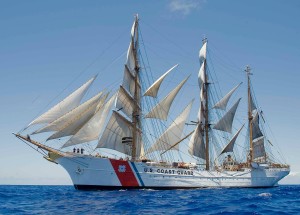 Robert A. Dugin, 77, went home to be with the Lord on Tuesday, May 28, 2019.  Robert was a highly decorated serviceman who served his country well with 3 years in the US Marines Corp Artillery Division, 20 years as a Coast Guard Reservist and retired as a Master Chief and 20 years in the NYFD and retired as a LT.

Robert, commonly called Bob, was very respected and admired as a husband, father, grandfather, great-grandfather, uncle, brother and friend.  He was a loving, loyal husband to his wife Phyllis of 43 years.  He was the oldest of 5 siblings, Richard (deceased), Joanne, Vincent (Freddie), and Patrick (deceased).  With two working parents, Bob took on a lot of responsibilities as the big brother.  Bob set the pace and laid the path to follow.  He was a great role model and provider to all of his children Kenny (deceased), Harry, Deborah (deceased), Susie, Christine, Julianne, Gregory, and Jodi. He was many things to his grandchildren; he was tough and had a no-nonsense approach, but very loving and giving at the same time towards Anthony, Caitlyn, Danny, Brittany, Patrick, Brianna, Carissa, Cassandra, Courtney, Dylan and Annie. His great-grandchildren, Kenny, Tammy, Mandy (deceased), Addison, Kimber and Emma brought the ‘teddy bear’ out in Bob.  When they came around, the tough exterior melted away and the joy and love he had for them exuded from him.   Many of the stories that you would hear from his nieces and nephews, Dani-Lee, Scott, Timmy, Jonathan, Maygen, Michael, Jennifer, Clare, Anna, Amy, Colleen and Danny will be ones of generosity and respect.

Bob’s desire to help and impact other’s lives was the core of who he was.  He was a patriot and he was very involved in his community and charities.  He graduated from Farmingdale High School.  After graduation, he was very engaged in all of the reunion affairs following.  He was a career firefighter, and not only was he a fireman and Lieutenant in NY, but he also spent much of his time teaching volunteer firemen firefighting basics and techniques.  Devoting time to his local church was also very important to him.  He and his wife dedicated 15 years as ushers at their church and Bob spent many more hours above that in the kitchen of his church.  He loved to cook and he supported the Church’s soup kitchen where he was fondly referred to as the ‘soup nazi’.  His giving nature was more than his time that he so willingly gave, he also gave regularly to charities that were near and dear to his heart, particularly Vietnam Vets Charity and St. Jude’s.

Hobbies that Bob enjoyed were golfing, fishing, gardening and landscaping.  He also enjoyed watching the History and Discovery Channel.  He was a great story teller, especially about his experiences in the NYFD.

Bob took great pride in his family and country.  He was undeniably a man of great integrity, strength, honor and generosity and he will be greatly missed by all that had the honor of knowing him.

In lieu of flowers, we kindly ask to carry on Bob’s generosity and make a donation in his memory to St. Jude’s Research Hospital at https://www.stjude.org/give/memorials-and-dedications.html

To send flowers to the family or plant a tree in memory of Master Chief Petty Officer Robert A. Dugin USCG (Ret), please visit our floral store.