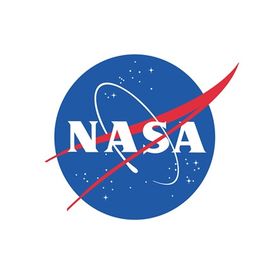 Dr. James (Jim) W. Johnson a resident at Victoria Landings in Melbourne (and formerly of Titusville and Cocoa Beach), FL passed away October 7th with his family by his side.

Dr. Johnson was born in Miami, Florida Oct 12, 1930 to Fay and Percy Johnson (both deceased) and brother to Betty Johnson (also deceased). He graduated from Miami Jackson High School and received his Engineering degree from University of Miami.  Jim served in the U. S. Air Force during the Korean War and retired from the U. S. Air Force Reserves as a Major.

In 1953 Jim married his High School sweetheart Glenda Fink (also a graduate of the University of Miami).  When Jim took an Engineer’s position with The Boeing Company at Cape Canaveral in 1956, they moved to Brevard County. He continued to work for Boeing for five years on the Bomarc and Minuteman programs.

In 1961 he joined NASA, Goddard Space Flight Center at Cape Canaveral as a Spacecraft Coordinator (later know as Launch Site Support Manager) for integrating Spacecraft (such as Telstar, Trios, Sycom, Mariner & others) on to the Delta and later to Atlas-Agena and Atlas-Centaur Programs. This Branch later became known as Unmanned Launch Operations (ULO) of the Kennedy Space Center (KSC). Before leaving ULO Jim served as Technical Support Branch Chief and Assistant to the Director.

In 1974, Jim joined the Shuttle Program Office at KSC as Chief of Deployable Payloads Office. In 1976 The Shuttle payloads was transferred to the Cargo Projects. He later served as Technical Assistant to the Manager of Cargo Projects Office.

From 1982 to 1983, he served as a member of the NASA Space Station Task Force in Washington D.C. Assigned to the Concept Development Group (CDG).

In 1983 he was named Deputy Project Manager for the International Space Station (ISS) and Advanced Projects Office, for KSC. In addition, he also served as the Acting Manager of the SE&I Office for the Space Station Program.

In 1985 Jim was named Deputy Manager with lead responsibly for the integration of the international Partners for the Space Station Program efforts at KSC.

In 1989 the NASA Headquarters ISS Project Office was established, and he served as Manager of the NASA Liaison Office at Canadian Space Agency (CSA) Headquarters in Ottawa Canada. As such, he was attached to the U.S. Embassy and served as Science Attaché. His responsibilities were to assist in the design, development and technical coordination between NASA Headquarters and the various NASA Centers and the CSA for the U.S. Space Station Freedom Program.

After 35 years, Jim retired from NASA in 1995.  He worked for a short time for Muniz Engineering in Houston before returning to Brevard County.

In addition to his Engineering degree from the University of Miami, he earned an Masters of Science from FSU, was a Sloan Fellow at Stanford University, and earned a PhD from Nova University. As an Adjunct Faculty member he taught 150 graduate courses for FIT, Embry-Riddle and Nova Southeastern University.

He was a Senior Member of the American Institute of Aeronautics and Astronautics (AIAA), a past Chairman of the Canaveral Section, a past member of the Society's Management Technical Committee, and served two years as the Region II Deputy Director for AIAA.

For several years he was active with the Canaveral Council of Technical Societies (CCTS) and with their yearly Space Congress Program. Jim served twice as Chairman of CCTS. He also served as Vice Chairman with Fred Haise for the Twenty-second Space Congress. Jim was a life time member of the Military Officers Association of America (MOAA).  He was also past Vice President, President, and Treasurer of the KSC Chapter of the NASA Alumni League, and a volunteer for over 20 years with NASA/KSC Public Affairs Office.