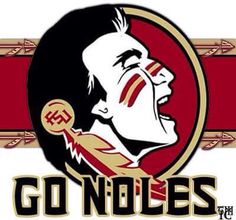 Born on July 22, 1927 and was raised on a small farm in Winfield, W.Va. Graduated from Winfield High School in 1945 and played football from 1941 to 1944. He then enrolled on a football scholarship at Duke University, Durham, NC and played football in 1945 and 1947. He was drafted in the U.S. Army Second Armored Division,  WWII Veteran. After 14 months he was Honorable Discharged and received a scholarship in football and attended Marshall University and played football from 1948-1950, Graduated in January 1951 with a B.A. Degree. He also earned a Master Degree in August 1954 and post Graduate Studies at Stetson University, Deland, Fl 1962-1963. In October 1979 earned his Doctoral Degree Ed.D from Nova Southeastern University, Fort Lauderdale, Fl. Published  Dissertation "Ten Year follow up study of Dual Enrollment and Early Admissions Program at BCC."  While attending Marshall University he was a active Member of Pi Kappa Alpha social Fraternity. Also, President of Omicron Delta Kappa Leadership Society.

He moved his family to Rockledge, Fl in 1962 and has resided there for 57 years. He was Assistant Principal at Cocoa High School 1962-1964, and Principal at Cocoa High School from 1964-1966. He then was appointed as Brevard County Public School Assistant Superintendent of Maintance, Transportation and Operations in 1966-1968. In 1968 he was hired at Brevard Junior College as Director of Admissions. During his 33 years there at Brevard Community College he served as Registrar, Dean of Student Services, Dean of Collegewide Student Services, Athletic Director, Director of Activities, Director of Security, Food Services, Bookstore, and Veteran Services. From 1974-1977 he served as Dean of Student Services at Titusville Campus.

His Legacy is Originating and Supervising the Dual Enrollment and Early admission Program which is now operating in Florida State Colleges and Universities, and also throughout the nation.

His Honors he has received are many but here are few to share, Marshall University Distinguish Alumni Award, 1983. BCC Athletic’s “Hall of Fame” in 1990, Florida Community and Junior College “Hall of Fame” in 1992, Florida 4-H “Hall of Fame” in 2002 and BCC Distinguished Service Award in 2006. Honor Flight WWII Memorial Washington D.C. June 2012. Active Rotarian at the Cocoa Rotary Club with perfect Attendance for 50 years. President of the club in 1973-1974. Member of Brevard Civ/Mil Relation Council. He was a Mason for 71years and a 50 year Shriner.

Also, the City of Rockledge dedicated a 80 acre Recreational and Dog Park to Honor Dr. Robert A. Anderson located on Pluckebaum Road and Clearlake Drive.

He was a member of the Rockledge Presbyterian Church for 55 years. He served as a Deacon and Elder.

Dr Robert A. Anderson was a loving husband and father and grandfather who dedicated his time to his family, City, and County and the Education System here in Florida. He loved traveling abroad visiting Egypt, Greece, Australia, New Zealand and Fiji.  He took 2 trips to Western Europe, Germany, Austria, Italy and France, Switzerland, England,Scotland, Denmark, Sweden and Norway. Also, he traveled throughout the Caribbean, Bahama Islands, Puerto Rico, Haiti, U.S. Virgin Island, Aruba (ABC Islands), Jamaica and Caymans Islands, and Antigua, and the French and Dutch Virgin Islands.

Dr. Anderson is a diehard FSU football fan since 1971 when his oldest son Bob received a football scholarship to play football at FSU. He has been going to the FSU home games for 44 years.
The viewing will be held at Beckman Williamson Funeral Home in Viera, Fl. From 6pm to 8pm on August 2, 2019. Funeral Service will be at the Rockledge Presbyterian Church in Rockledge, Fl at 2 pm on August 3, 2019. A viewing will be held prior to the Funeral Service from  1-2pm. Interment will be following the Funeral Service at Florida Memorial Gardens on U.S.1.  Flowers are welcome and Donations can be made to the Charlotte T. Anderson/Dr. Robert A. Anderson Memorial Scholarship Fund at Eastern Florida State College (formerly Brevard Community College) for students enrolled in Elementary Education.