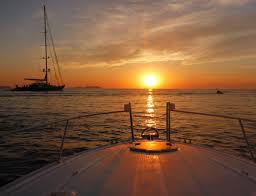 David Ferguson Whaley  "Dave the Whale" sailed peacefully into the sunset in hospice with his wife by his side on December 13, 2018.
Dave retired from Pan Am World Services at Cape Kennedy and served as a good will ambassador for them during his career traveling the world as the first "Pan Am Bug."
He was a painter and climber by trade and could paint, climb, build or fix anything.
If presented with a challenge, he would commonly say "For Me Easy."
Full of endless wisdom - he just knew how to get things done and wasn't afraid to tackle any job.
Dave proudly lived in Cocoa Beach for over 50 years and loved being on and around the water.  He sailed his Hobie Catamaran in the ocean behind his home and later moved to the Banana River where he became a member of the Cocoa Beach Boating Club and the Power Squadron.  Dave led many flotillas around Florida and to the Bahamas and organized and led the Annual Cocoa Beach Christmas Boat Parade and the 4th of July boat parade for many years.
Dave appreciated a good value when he saw one.  He had a knack for and enjoyed seeking out a great price for anything he bought.  He proudly badged himself as "El Cheapo #1"and would often introduce himself that way when calling retailers he had done business with in the past.   It was quite an honor if Dave  anointed you with his nickname, but of course, he was the only #1, others were "El Cheapo #2 or #3."
A witty storyteller with endless wisdom, Dave was known to lend a hand whenever called.
He was proud to be a V Cop with the Cocoa Beach Police Department and was the first civilian water patrol.
In later years he proudly wore his uniform and was the oldest Citizen Observer Patrol Officer.
Dave is the last surviving member of the ":O.B's" club who met on Wednesdays for lunch.
Dave was a man full of love and affection who valued his family and friends above all else.  All who knew him laughed with him and learned from him.
.His inviting nature, warm smile and great dance skills will be greatly missed.
Dave and Alice recently celebrated their 70th Wedding Anniversary.
He is survived by his wife Alice, son Glenn and daughter Kim.
He was the seventh son of nine children and is survived by his sister Isabel Goss.
Please join us for a Celebration of  "Dave the Whale's" Life and bring a good "Whale Tale" to share on Saturday, January 19, 2019.   4-6pm    Cocoa Beach Country Club.
In lieu of flowers, donations in Dave's memory may be made to Hospice or the Humane Society.

To send flowers to the family or plant a tree in memory of David Ferguson Whaley, please visit our floral store.